Do Re-Do for Two

I do not know if any readers still find their way to this neglected little blog of mine, but now I'm trying out a new software for blogging and hopefully it will make it easier for me to blog more often. Where I will find the time to actually sew and take pictures of whats made - that's another issue to solve ;-)
I've also decided to try to post in english, I follow many blogs outside of Sweden and also have family that do not speak swedish, so it seems pretty fair to do so. Hopefully you understand and I improve my written language at the same time.

I have been sewing a lot lately, with my standards that is. A lot for me is when I get to sew on a weekly basis.
Some of the things that I have been making might make it here to the blog, and first out is a Re-Do. Or actually two Re-Do's.

It all started out with this smocked and gathered dress. I got it a year ago when we spent a week of vacation on Gran Canaria. Then it was such a good model for me, since I was pregnant and a growing belly could easilly fit under the smocked upper part and the gathered skirt.

But when little Boy Wonder had made it to the outside, the dress did not fit so good anymore. It was just too long for little me, so I chopped some of the length off it.

From the cut off I made my daughter a skirt. It was a pretty quick Re-Do. I cut a part off that would go around her waist, and then gathered the piece I had left to it with my serger. After that I added a channel for elastics at the waist (which almost gives the waist a 50's looking style). I sewed on lace I had taken off my old Christmas curtains some months earlier (curtains I made 12 years ago or so). Oh, I also added pockets in the sides, top stitched with pink and sewed on a Hello Kitty patch to be sure she would wear it ;-)

I love the way it turned out - and so did little Miss Liv. But the daughter of mine prefers dresses , so it is not often she wears this skirt.

(Little skirt: Pulled out of wardrobe, have not been close to an iron in... forever)

When trying the dress on again after my chopping, I found it to be a little short. It would work well as a tunic, but since it was sleeveless I realized I would not wear it, feeling a little naked with bare arms. So I decided to turn the bottom part of into a skirt.

I once again took my scissors out, and cut my dress. I serged the top of what would be my skirt, and then folded it over, creating a channel for elastics.

I liked the length of it and did not want to make it so much sorter, and also since is is so full - I wanted the hem to look pretty. I therefore sewed on a purple biastape, right sides together, and folded it up to the inside of the skirt. I wanted some lace on my skirt and found the perfect one in my stash.
In my stash I also found thread that matched both the lace and the biastape. Yey Stash!
I started pinning it all in place and having about 20 cm left, I ran out of lace. *please insert ugly word of your choice*
Now I had to make my skirt somewhat smaller. Normally I would have taken it in at the side seams, but this skirt did not have any real side seams. It had seams here and there, based on were they ran out of fabric when gathering the thing.
I eneded up cutting out fabric from three different spots, creating some kind of side seams, and then a new seam down the back of the skirt.
It sucked because I had already serged the bias tape on nicely, now I had to rip that and try to get it back looking OK again.

When everything was in place I finished it by handstitching the upper part of the biastape to the inside of the skirt, so that it would not fold down under the lace. That took some time, but I got to practice on some "invisible sewing". I had a matching thread (yey stash AGAIN) and the fabric is pretty forgiving since it both has structure and is not a solid color.

(Skirt, all finished and slept in - haha, I have a bad habit of falling asleep while putting kids to bed...)

Well - long post short: I love my new skirt and will probably wear it lots!
I tend to wear jeans, jeans and jeans. Maybe this skirt will change the way I dress ;-) 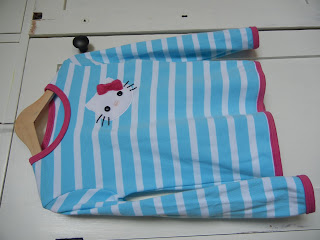 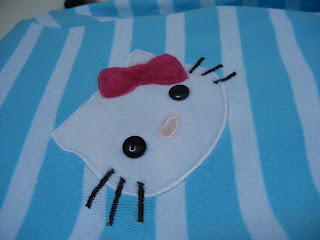 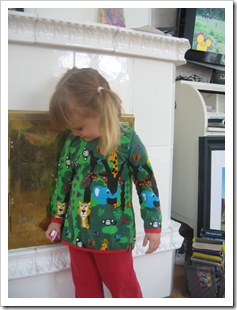 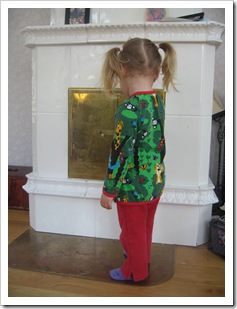 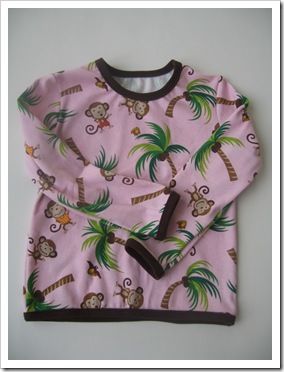 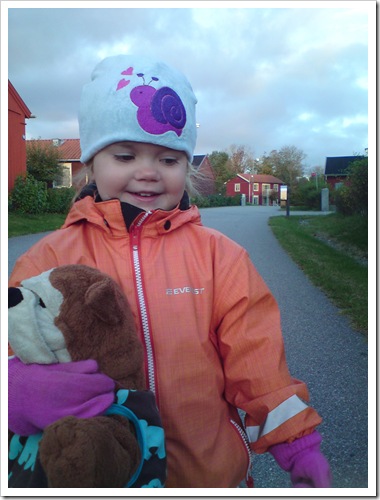 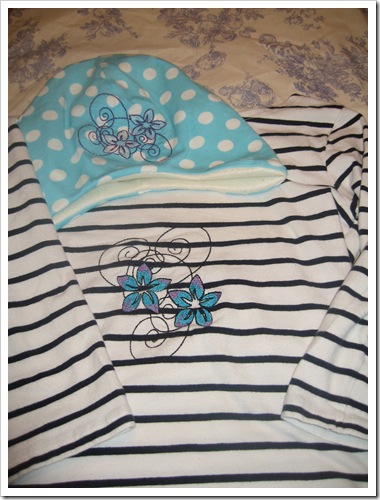 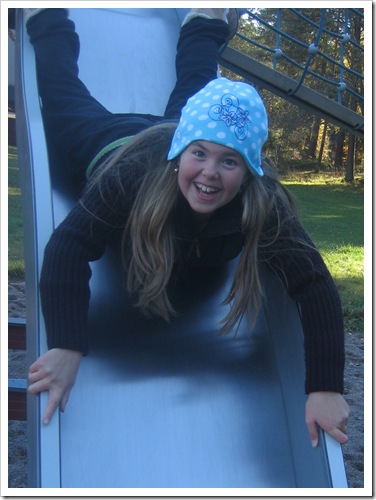 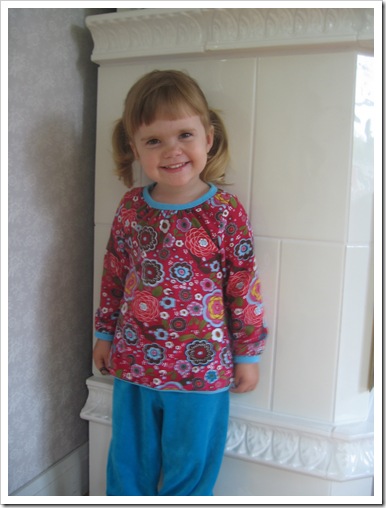 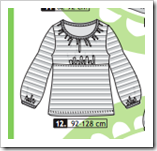 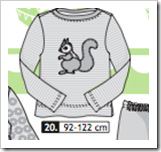 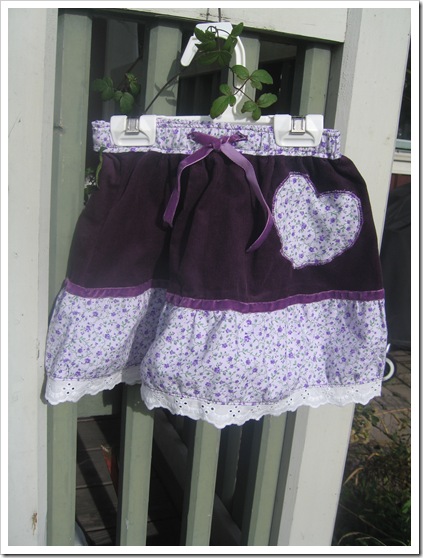 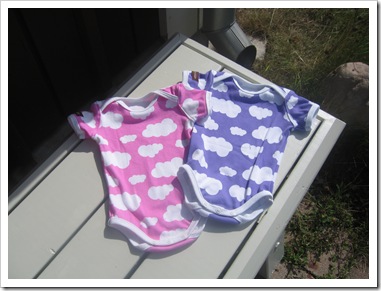 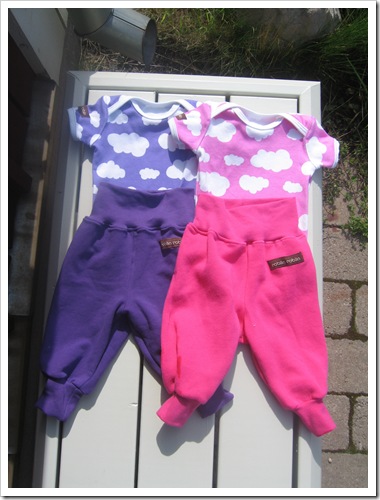 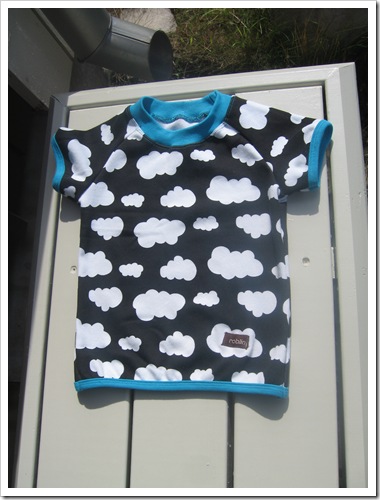 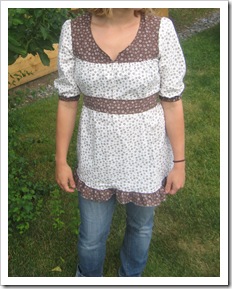 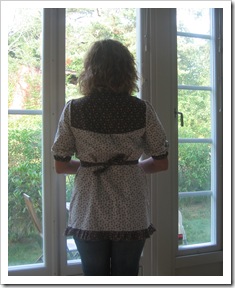 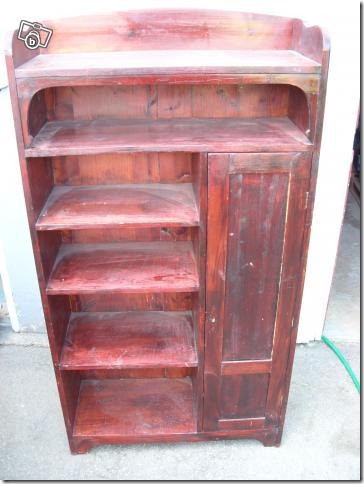 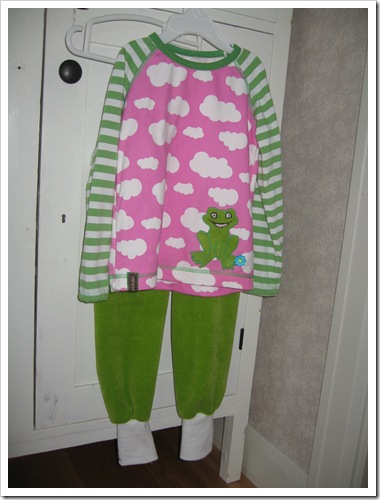 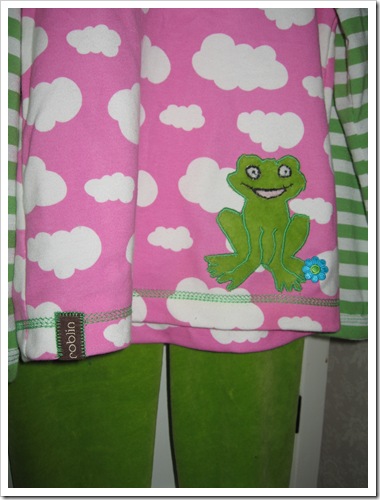